In today’s world where digital currency is gaining the place it demands, Bitcoin is the only crypto most people know. dogecoin was launched in December 2013, Popularly known as the meme coin. Read further to know everything about Dogecoin Price prediction for 2021 and beyond.

Impressed by the currency’s growth and waiting to make an investment? But worried about what the future holds for this meme coin, is dogecoin a good investment? Here is a detailed study, stating the latest Dogecoin updates and price forecast. 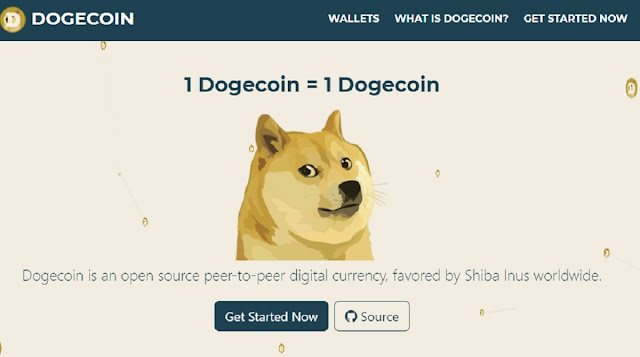 Dogecoin (DOGE) is based on the popular “doge” Internet meme and features a Shiba Inu on its logo. The open-source digital currency was created by Billy Markus from Portland, Oregon and Jackson Palmer from Sydney, Australia, and was forked from Litecoin in December 2013.

Dogecoin’s creators envisaged it as a fun, light-hearted cryptocurrency that would have greater appeal beyond the core Bitcoin audience, since it was based on a dog meme. Tesla CEO Elon Musk posted several tweets on social media that Dogecoin is his favorite coin. Read more about dogecoin mining and many more…

Dogecoin was created by Billy Markus, Oregon, and Jackson Palmer. It was introduced as a joke, but who knew it would become so significant in the crypto world. It is also used by retailers to receive payments anywhere in the world!

Dogecoin is a user-friendly cryptocurrency project launched on December 06, 2013. It uses its own blockchain and is widely supported by many wallets and Exchanges. The main use case is for making payments and recently it has also been used as a tipping coin for rewarding small tokens to people during social media interactions.

DOGE was made to be user-friendly and it is now said to have a higher inflation rate. Dogecoins are inflationary coins while Bitcoins are deflationary coins, this is because Bitcoins have a limit on the number of coins that will be produced and used for mining. On the flip side, dogecoin does not have any such limits and so, is inflationary, which adds to its advantage.

Are you thinking about “should I buy dogecoin right now“? This guide provides all the details needed to avoid any pitfalls if you do decide to invest, and what the potential upside or downside may be.

On a bullish note, DOGE continued to trade at $0.007 during the start of 2021. Further, it maintained a consolidated trend until the mid of April. The altcoin traded at $0.34 when it entered May. Subsequently, Elon Musk’s appearance on the famous Comedy Show, SNL, and his tweet regarding the same coupled with the tagline ‘Dogefather’ set the price to surge. That is, on May 8th, the price swell from $0.58 to $0.69, in a single day!

The meme-inspired cryptocurrency plunged to $0.22 on 19 May, after soaring by more than 15,000% from the start of the year to an all-time high of $0.74 on 8 May. The coin recovered some of its losses, reaching $0.43 by 3 June. After plunging to $0.31 on 8 June, DOGE, along with BTC, ETH, and other altcoins, had shortly recovered some of its losses driven by news from El Salvador that BTC would be officially recognized as legal tender.

Overall, the fact that the altcoin has a strong community base indicates that DOGE price can reach new highs. On this note, the Dogecoin price may hit a Potential high of $0.974  by end of 2021.

On the flip side, DOGE has always been having a Plump and Dump scenario in space. Anytime, we can expect investors to sell off all their holdings after their target is in hand. If this or some external force impacts the meme token, the DOGE price may trade at a potential low of $0.201 by end of 2021. 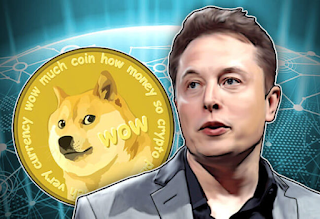 If the altcoin closes this year hitting the highs, then 2022 might start bullish at $0.99. On the other hand, if a bearish trap engulfs, then the 2022 trade might resume at a similar trend at $0.21.

The fact that Dogecoin is easy to mine has always kept the altcoin on the front seat. Moreover, this year the most popular crypto exchanges like Gemini and eToro have listed DOGE, causing the price to soar. If the currency gets listed in other familiar exchanges in the coming year, the DOGE price can soar again and strike at $2.382 by the end of 2022. However, considering the regular buying and selling pressures, the average Dogecoin price may be near $1.639.

On the other hand, the fact that the digital currency does not still have a great value drives a negative impact on Dogecoin. Many believe it is just to be speculation and if this belief remains unaltered, then the price can slump to $0.474.

An increasing FOMO with Elon Musk towards Dogecoin may impact the price to heat up reaching a high of $7.833 in the next five years. Secondly, if DOGE could survive with a substantial growth rate in a highly competitive space in the future, the averages shall strike at $5.497.

On the other hand, in the coming years, if aspects of the crypto like Zero staking rewards and not much functionality impact the market, then its price may fall. Thus, on the downside, the potential low might be around $4.123.

According to WalletInvestor, Dogecoin is a good long-term investment. In subsequent years, It will grow steadily within the $0.329 trading range in 2021.

According to Cryptonewz, the Dogecoin price shall cross $1 by the end of 2021. However, with an extremely bullish trend, the price may reach $1.7 and on the contrary, if the bears take over, then the price may close the yearly trade at $0.91.

The fact that Marketers are quite optimistic about the project and celebrities hopping legs can drive Dogecoin into a value that everyone would awe at.

According to Coinpedia’s formulated Dogecoin price prediction 2021, if its trading volume rises further (Note that it is already soaring), then we can expect the DOGE price to surge to $0.97 as the year ends.

on the other hand, if the market is hit by external forces like regulations or negative statements by influencers the meme coin might trade at a potential low of $0.20.

For a long-term forecast, the technological developments to improve the scaling feature can cause a DOGE price spike to $7.83. But if FUD rises among investors with the price switching into a volatile triangle, the altcoin might trade at $4.91.

Using the table below understand what is possible in terms of highs and lows.

Dogecoin made its debut in December 2013 at $0.0006 with a $3.5 million market capitalization. For a year, Dogecoin was on an upward trajectory and doubled exponentially.

But the year 2014 was not as good for Dogecoin, New cryptocurrencies emerged on the market, such as NEO, Stellar, and Monero, and traders turned their attention to them. DOGE’s price fell to $0.0001.

Co-founder Jackson Palmer quit the project unexpectedly in 2015. He explained that he preferred to concentrate on the technical aspects of the blockchain. With the news, the world began to speak of DOGE’s impending death, but this did not happen. DOGE managed to trade at $0.00014 by the end of December 2015.

Dogecoin, however, did not cross the $0.0002-0.0003 price range until 2017. Yet consumers purchased coins for personal payments, and the capitalization of the altcoin rose steadily. Then the value of the coin increased dramatically to $0.003 in the spring of 2017 and further continued to vary.  Surprisingly, DOGE surged to $0.007 at the end of 2017.

Many altcoins started to decline in price already at the beginning of 2018, as several Southeast Asian countries began tightening state regulation on the cryptocurrency sector. Dogecoin was no different, but it recovered quickly to hit $0.017  and the price became steady. Later the price declined to $0.002 during April. The price slightly recovered to $0.006 by September. DOGE dropped again to $0.002 to end the year 2018.

The altcoin though traded sideways in 2019 for much of the year. A little bit of surge escorted the market price up to around $0.004 around July, but later lost much of these returns by the end of the third quarter. Dogecoin was back tethering at $0.003 in late 2019. At the end of December 2019, Dogecoin was trading at $0.0020.

Dogecoin continued its trade at $0.002 during the start of January. With a steady improvement, the price managed to reach $0.003 by mid of February and further declined to $0.0015 by mid-March. With certain price variations, Dogecoin hit $0.004 by July. DOGE started an upward trajectory as the expansion of Bitcoin’s price rally in November and carried on the trade at $0.003. Dogecoin ended the year 2020 at $0.004.

Is Dogecoin a good investment?

Yes, Dogecoin might definitely be a good investment, if you are looking to invest for a long-term.

Will DOGE Price ever reach $1?

Some analysts believe that Dogecoin is on a bull run and could hit $1 by the end of 2021. Now that more people are seeing the potential in the currency, more will be inclined to purchase, which in turn means a run to $1 is imminent.

Where to trade Dogecoin?

Dogecoin can be traded on exchanges like Binance, OKEx, HitBTC, Thodex, VCC Exchange and many more.

Dogecoin has the potential to be a lucrative short-term investment.

Dogecoin (DOGE) Price fluctuations depend on the fundamental analysis, technical analysis charts, and expert price predictions and forecasts. However, nothing is certain in the cryptocurrency space.

Dogecoin is not dead right now, the peaks and troughs are normal in the cryptocurrency industry, but it seems that crypto traders have moved on to the many Dogecoin imitators that have flooded the market in recent weeks.

Disclaimer: No information in this article should be interpreted as investment advice. Coinpedia encourages all users to do their own research before investing in cryptocurrencies.