In an era of cryptocurrencies, there are plenty of projects taking an initiative to compete in the market. Polkadot (DOT) is one of the eminent projects that provides an extraordinary economic extensibility by enabling a common set of validators to secure multiple blockchains. The cryptocurrency market has been seeing dynamic trends with new cryptos now and then. Polkadot is one such crypto that just gives what many investors all around the world!

The cryptocurrency of the flagship project is named Polkadot and it has the DOT token. It supports data transfer between blockchains and supports multiple blockchains under a single network, handling it highly secure at the same time.

For existing DOT token holders and anyone looking to make their first move, researching the price movements is quite common. But are you apprehensive about your investment in DOT? Adding clues to all your queries, here is a complete guide to help your trading voyage straightforward!

What Is Polkadot (DOT)?

Polkadot is an open-source sharding multichain protocol that facilitates the cross-chain transfer of any data or asset types, not just tokens, thereby making a wide range of blockchains interoperable with each other.

This interoperability seeks to establish a fully decentralized and private web, controlled by its users, and simplify the creation of new applications, institutions and services.

Who Are the Founders of Polkadot?

Polkadot was founded by the Web3 Foundation, a Swiss Foundation founded to facilitate a fully functional and user-friendly decentralized web, as an open-source project.

Wood, the Web3 Foundation’s president, is the most well-known of the trio thanks to his industry influence as Ethereum co-founder, Parity Technologies founder and the creator of the smart contract coding language Solidity.

Habermeier is a Thiel Fellow and accomplished blockchain and cryptography researcher and developer. Czaban is the Web3 Foundation’s Technology Director. With a wealth of experience across highly specialized fintech industries, he is currently helping to develop a new generation of distributed technology.

Polkadot is a sharded multichain network, meaning it can process many transactions on several chains in parallel (“parachains”). This parallel processing power improves scalability.

Custom blockchains are quick and easy to develop through the Substrate framework and can be connected to Polkadot’s network within minutes. The network is also highly flexible and adaptive, allowing the sharing of information and functionality between participants similar to apps on a smartphone. Polkadot can be automatically upgraded without the need for a fork in order to implement new features or remove bugs.

The network has a highly sophisticated user-driven governance system that also helps to secure it. Communities can customize their blockchain’s governance on Polkadot based on their needs and evolving conditions. Nominators, validators, collators and fishermen all fulfil various duties to help secure and maintain the network and eradicate bad behavior.

How Many Polkadot (DOT) Tokens Are There in Circulation?

Polkadot currently has an allocation of 1 billion DOT tokens, following the network’s redenomination from an initial maximum supply of 10 million in August 2020. The redenomination was undertaken purely to avoid the use of small decimals and make calculation easier. While all balances were increased by a factor of one hundred, this did not impact the distribution of DOT or holders’ proportional share.

How Is the Polkadot Network Secured?

Polkadot’s mass interoperability through a set of common validators helps to secure its multiple blockchains and allows them to scale their transactions by spreading their data across many parachains.

This unique validity scheme enables chains to interact with each other securely under the same rules, yet remain independently governed.

Where Can You Buy Polkadot (DOT)? 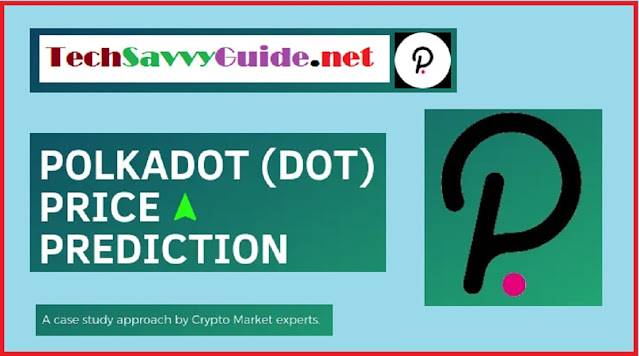 Polkadot is one of the most pioneering projects based on a multi-chain framework that can be a competitor. It aims at providing the most advanced peer-to-peer network for numerous blockchains. The DOT network aims for a Strong interoperability approach with the circulation of its tokens. And thereby, it also introduced a shared security of relay chain & parachains that was believed to outperform Ethereum. Soon Polkadot emerged as a Performant shared network in the market, providing multiple use cases. With its Sophisticated governance process, the Easy blockchain setup was possible!

After conducting an ICO in 2017, Polkadot launched an experimental and unaudited version called ‘Kusama’ in 2019 and recently, in May 2020, the Polkadot mainnet was launched. The network’s official site quotes that DOT intends three main purposes- governance over the network, staking and bonding. In September 2020, a sudden spike in the market capitalization made the token enter the top 10 cryptocurrency list.

In 2020, the network also launched the genesis block, a part of its relay chain. Moreover, the network is looking up to various parachains to be developed this year! The latest Polkadot rollout promised by the network is about the Testnet. After the testing clears the final stages, registrations for parachains will be open.

With a bullish run DOT initiated the year 2021 with a trading price of $9.12 at the dawn of January. With certain variations, the currency started to surge further.

Following this, DOT put all measures targeting its $50 juncture. It reached $42.98 by Mid May. However, it fell into a bearish trap on May 19, when the entire market collapsed and lost almost 50%. Resuming the trade, it began surging gradually from this point, currently moving at $14 mark.

DOT has been retesting the support level at $14.73 for the third time this week, after which it has been rafting high to $16.55. Currently, hitting back to the support margin, the price is expected to rise parring the pattern again. In such a case, pulling the socks up at the resistance of $16.70 can help the price to soar further. Polkadot might reach newer heights as it is considered as the fastest transacting cryptocurrency. Significantly, it may hit a new high if it succeeds to attain the minds of the investors with higher transaction rates. By the end of 2021, the digital currency might hit a positive high at the $27.998 Mark by the year end.
However, considering the fact DOT is still a budding project, the average price it trades for is near $17.841. On the other hand, since the network stipulates only for limited parachains, the total effect may be nullified putting the price to a minimum of $5.813

If the altcoin manages to close on a maximum standpoint, then it may resume the trade for 2022 on a bullish note. In that case, it may begin trading at $28.161 . On the other hand, if the DOT price stumbles at the end of the year, it may start trading near $5.907 as 2022 commences.

Further, the price is anticipated to rise if the currency enhances its user base as well as the investors. If the first even parallel blockchain system successfully paves way for global block chain adoption, then DOT price may soar to $69.589  .

The price might decline if the market turns to another crash scenario wiping off all prime cryptos. If this happens, the Polkadot price can flip to $30.337 by the end of 2022. In contrast, with regular and buying pressures revolving in the market, DOT may trade at $52.913.

In 5 years, Polkadot might be the utmost currency to trade. Certain perpetual contracts by exchanges may lead to growth of the currency and it might hit a new all time high. The community might further extend collaborations from LINK to other prominent block chain networks. With meagre buys and sells, the trading price may strike at $101.11.

On such a string, by the end of 5 years, Polkadot is anticipated to trade around $. With further upgrades of PoA and higher parachain rollouts, the price may rally further, to reach a maximum of $126.003. However, if the network falls prey to another hacking attempt anytime like it already did, then the price may also drop near $79.414.

Polkadot entered the year 2021 with a cost of $9.12. Effectively, the coin started to grow after. According to Coinpedia’s formulated Polkadot price prediction, The community might come up with new improvements like enabling a multi-chain future. Also as the team has renowned advisors like Vlad Zamfir, we can expect better growth of this budding project that may let the currency to boom at $27.99 by the end of 2021.

On the flip side, Polkadot is surviving under a highly competitive crypto space. Still a sketchy project, if the network fails to bring papers to action, then the price may fall bearish at $5.81.

How Did DOT Perform Previously?

The polkadot foundation conducted a successful ICO in October 2017, raising over $140 million and sold nearly half of 10,000,000 DOT supply. But unfortunately, the company was driven by losses which compelled them to conduct two rounds of private sale, one in 2019 and other in 2020.

During the ICO days, a single DOT was priced at nearly $30 but in August 2020, the DOT holdings were redominated. Meaning, for the users who bought a coin for $30 were presented $100 new coins for $6 each. Therefore giving a total value of $600 for one coin.

Polkadot is an project that aims to bridge the gap between n number of blockchains by building better cordination between them.

Will Polkadot hit its current all-time high by end of 2020?

The current all-time high lies more than $6 which is pretty tough for the DOT to attain by the end of 2020. But yes, it may surge above the levels in the coming years.

The price is expected to reach $40 in the next five years. Is it true?

As per some analysis, DOT price is however expected to reach $40, but the path seems to be pretty tough.

NO, DOT is not an ERC-20 token but a asset build and developed based on Polkadot blockchain platform.